Oct 15, 2021
Published a YouTube video
Interviewed James from the TinaCMS project to learn how you can retain the benefits of a Git workflow for your content and empower all teammates to update your website through a user-friendly interface.


Blank canvases are hard to start with. I joined the crew of template creators, and published a FigJam template to help teams prioritize their work.


I arrived in San Francisco on Monday to prepare for Jamstack Conf. The plan was for the MCs and keynote to be all done in person, while the rest of the event was virtual!

We had rented out a house and hired a production company to do all of the sets and filming, and it was very exciting. It was early 90s-themed, and we had been getting so hyped as we got closer and closer to the start.

Tuesday was a full day of rehearsals and blocking out how timing would go, as well as some filming. And then, our prop van was stolen! A bunch of our things we were going to use were gone (luckily they found the van later), so that all had to be re-planned out. The next morning, Wednesday, the day of the event, we had a super early morning call time… and a bird ran into the transformer and blew out power to the entire area. It was a PANIC trying to plan what would happen next, with no power or WiFi in our perfectly planned set.

We ultimately had to cancel one of the three tracks at the conference, had Phil in the UK host the start of the event, we powered the house with a truck (literally), and one of our organizers had to produce the event at a nearby hotel while we tethered as much as we could from our phones. We were heartbroken that we didn’t get to show all that we wanted, but are so happy with the results anyway. You can check out the videos now, and more will be coming soon of the clips we were able to film offline!

An Interview with Vice


Had the honour of speaking with Vice about doing travel photography and videography for a living. Read the full interview & feature here! 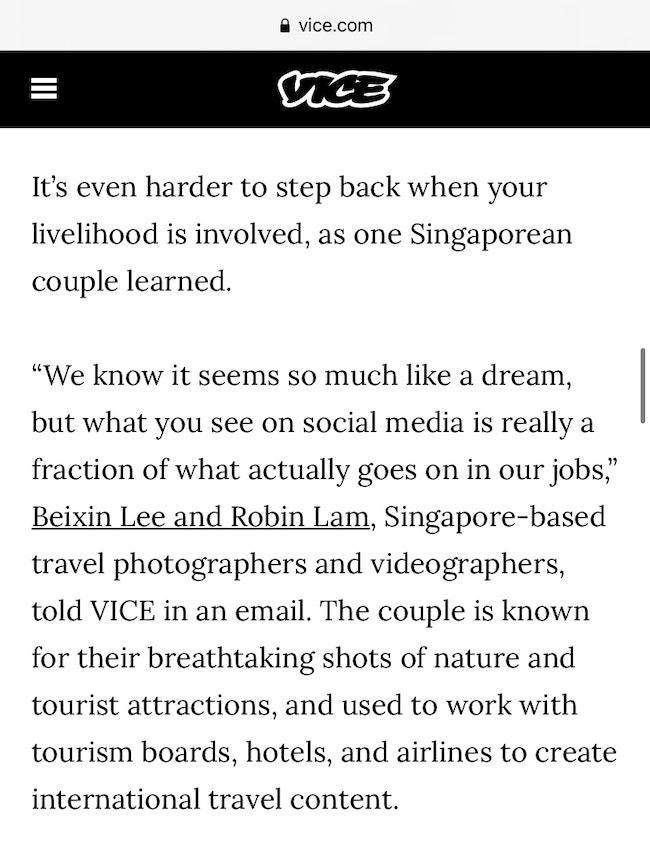 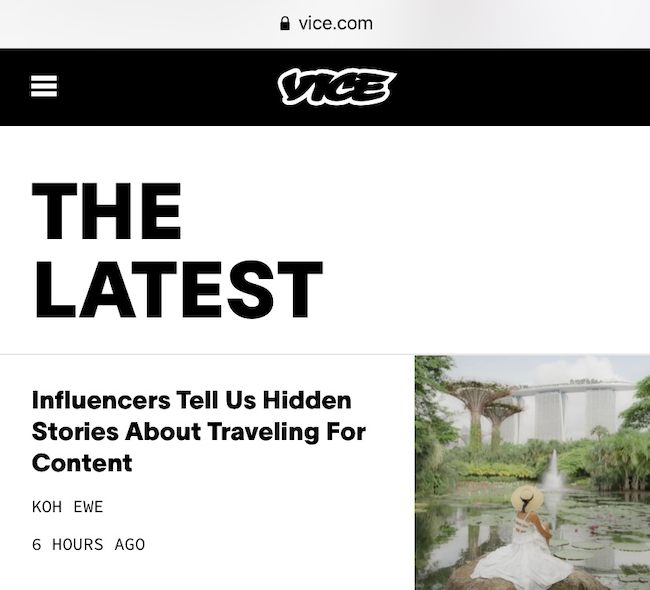 Give it a read + subscribe (for free, of course) here: https://www.getrevue.co/profile/ecs/issues/pushing-your-business-forward-836264 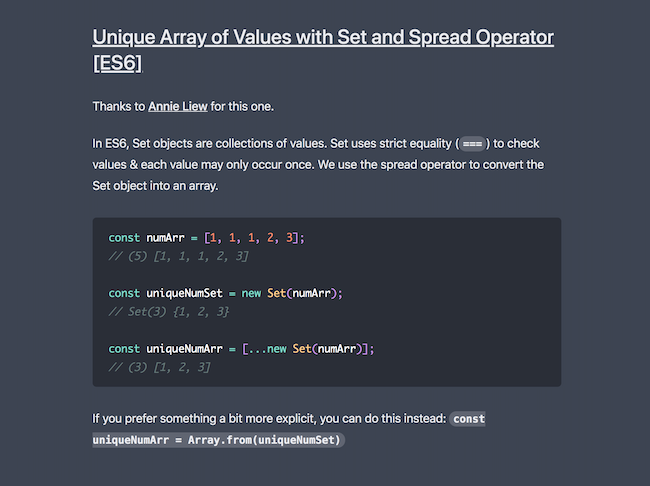 Sep 19, 2021
Bought an NFT
In early August, I bought 3 Sewer Rat NFTs, because it's a profile picture (aka PFP) NFT project with their own ERC-20 utility token called $CHIZ.

Since then a similar project called CyberKongz became a bluechip NFT with the price of the NFT going up to 100 ETH and their $BANANA token peaking at almost $50 USD.

Earning passive income for owning a NFT is the trend and projects like Sewer Rats, Cool Cats (with $MILK tokens), SupDucks (with $VOLT tokens), DystoPunks V2 (with $CREDS tokens), Top Dog Beach Club (with $SNAX tokens), and  Dogs Unchained, (with $BOOM tokens) are leading the charge.

I already bought a Cool Cat in mid July, so I'm looking forward to my $MILK tokens airdrop in the near future and today I bought a SupDuck after learning they launched a $VOLT token on July 9th and holding the NFT earns 10 $VOLT/day, which is worth $10 USD. Their Medium states "$VOLT will be used for community rewards or as even a medium of exchange in the SupDucks universe, including games and our forthcoming Metaverse platform. However, $VOLT will not just be limited to Web3, you’ll also be able to use it to tip your fellow ducks in the Discord chat or you can earn them by providing utility to the community. Last, but not least, $VOLT will also be used in the future for drops, physical items and for meetups." 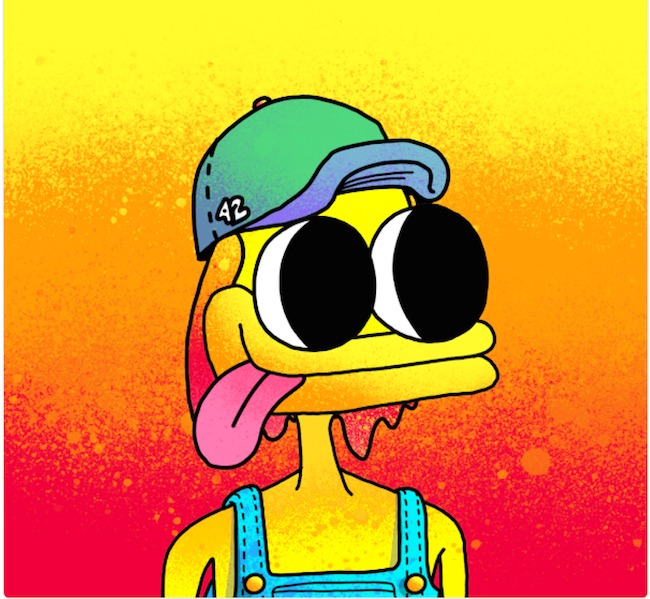 Expressing my opinion and talking about my experiences on Twitter spaces is my favorite hobby.

-> There were many insightful values shared by praful, shivay, aaditya, sahil, and the others. 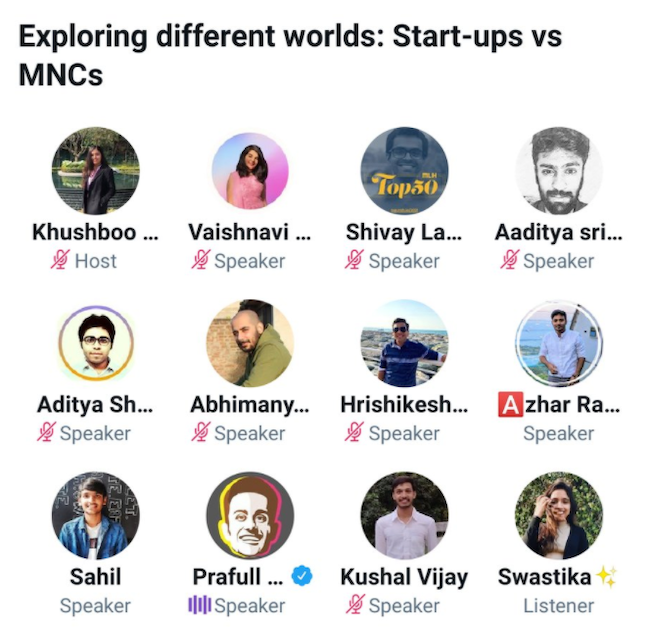 Built a custom Toast component for our Design System

As part of an interaction, I decided to build our own custom 'Toast' component. I designed this in Figma and built it with VueJS and TailwindCSS. 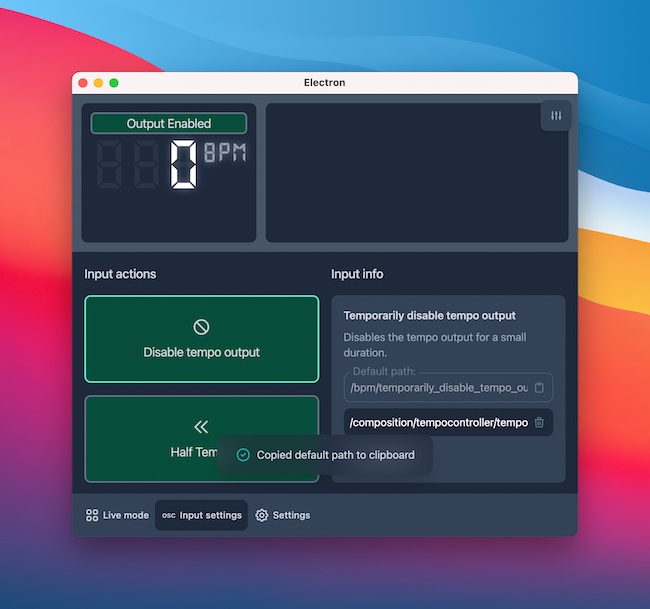 Oct 25, 2021
Shipped a side project
With the release of macOS Monterey now available, I'm super excited to share a new UI kit that I made for Figma, which has many of the items needed to begin designing for the Mac. Still a bit to add, but this was a really fun project to take on!

Duplicate the file for yourself! 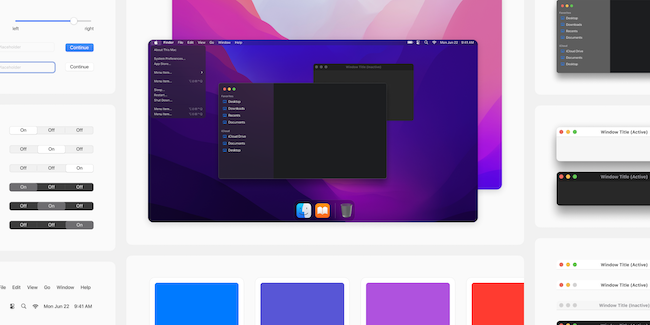 Ecommerce on the Jamstack


I sat down with Colby Fayock to talk about Next.js and how it can help solve the many challenges of building e-commerce sites on the Jamstack.
In this video, we cover:

Making memes and dreams... and software

Pouring into the next generation of tech talent

building brands and artists in the physical and digital world.

I help developers build stuff, learn things, and love what they do.
What people are saying @MinaMarkham
I used @Polywork to setup a highlights page for myself. It was a lot of fun to look back on my career so far and document it.

It also helped me get over the imposter syndrome that I was relapsing into. @neddonovan
It's the best portfolio of my work I've been able to build anywhere on the internet. I have a significant amount of simultaneous careers and it creates one consolidated place I can send everyone to learn about any of them. @tessak22
If you're in #DevRel, you NEED @Polywork. No more job titles and descriptions that don't fit your work.

Instead you get a platform that showcases your work easily! Now if only I could remember every single conference presentation I ever delivered. 🤔 @hello_margot
I'm really loving using @Polywork. It feels like a more authentic way to share wins & what I'm up to in the tech space. More intimate than LinkedIn & feels so collaborative and friendly. If you want to try @Polywork & need a VIP code, let me know! @antculver
Thanks! Now that I've spent a bit more time with the platform I love it even more. I think it's such an amazing idea and a great way to tell a more wholistic story about how who you are has shaped your career. @EvieSnuggle
Setting up my @Polywork and have fallen in love with the potential it has for combatting imposter syndrome! 😊

Being able to list failures, humble beginnings and small tidbits is amazing, life is complicated! 🤯

Find me here 👉
View More Testimonials
Resources for getting started

Building a Timeline with Polywork

Polywork why you need it

Founder and Editor in Chief, Do Well Dress Well

How Polywork helps me as a multifaceted technology professional

Networking as a webdev with Polywork

How I use Polywork as a software engineering leader

Polywork + DevRel: How I am using Polywork as a DevRel Engineer

Why I love Polywork as a developer advocate

Reserve your place and username today